How Legendary Salesmen Could Have Used A Route Optimization App

Sales is something that takes tremendous skill, and sometimes, even natural born talent. Many of the salespeople on this list used a combination of both to dominate their industry at the time. In our digital age, we are fortunate enough to have technology that revolutionizes business everywhere: sales software. Specifically, the route optimization app (ROA). ROA is the perfect tool for making the most out of your time, especially for a salesperson who is hitting the pavement hard. Although these sales people were stellar, they could've done even better with routing software.

David Ogilvy is one of the forefathers of advertising. Before becoming the leader in his field, he was a mighty good salesperson. Ogilvy sold cooking stoves door to door in his home country of Ireland. He was so successful that the head of the company asked him to turn his skills into a manual called, "The Theory and Practice of Selling the AGA Cooker."

"The more prospects you talk to, the more sales you expose yourself to, the more orders you will get.”
– David Oglivy

Unfortunately, his era didn't have modern technology to enable him to reach as many prospects as possible.

Ogilvy was a numbers guy. The more people you spoke to, the higher percentage you had to create a relationship and close a sale. In his time, Ogilvy had to painstakingly walk door to door. The following years brought automobiles, the outside salesperson's best friend. The invention of the route optimization app enabled salespeople to be even more efficient with their routes.

After going door to door to see who is interested in his product, Ogilvy could've entered their information into the program and optimized a perfect route that would've saved time and gas. He would know the exact time it would take to get to his destinations - down to the minute. 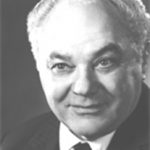 Ben Feldman is one of the most renowned insurance salesmen of all time. He sold insurance policies in New York City from 1942 until he died in 1993. Feldman is best known for the large financial value of his policies. It's believed that he sold $1,800,000,000 of insurance claims during his entire career. He even held the world record for the most products sold (by value) in a single day. Feldman was obviously an exquisite salesperson who sold insurance like a legend.

Although insurance is commonly bought, it’s not something that’s easy to sell. The industry has become saturated with many different insurance companies so there’s most definitely a challenge involved with finding new clients. This is where route optimization app becomes a game changer. This software enables a salesperson to find all prospects on one map. Had Feldman had this software during his sales days, he'd be able to find nearby prospects after checking in with a high-value customer. Feldman could even search on his map for new leads.

Say on a particular day, Feldman wants to approach Dentists to sell malpractice insurance. He would activate the route optimization app on his phone and search "dentist." All the dentists in his area would appear on directly on the map, and he'd be able to select new prospects to route to. This allows Feldman to implement a targeted industry strategies quickly.

Thomas Edison is a household name. He is known as one of the greatest inventors humanity has ever seen. His inventions of the phonograph, motion picture, camera, and electric light bulb have changed the world as we know it. Edison had to convince an unready world to accept his revolutionary ideas. Public presentations were a popular technique at the time.

Had Thomas Edison been given access to the wonderful world of route optimization technology, he could've created an optimized route focused on businesses that need light bulbs the most. For instance, hospitals and pharmacies are something that could've immediately benefited from light bulbs in that era. Edison could've used his routing software to find all of the pharmacies in his area. Because the app is integrated with Google Maps, every pharmacy would be listed along with its location. He would have the capability of planning his entire travel day starting from his home until he ends his day.

Route Optimization is the Perfect Tool

The examples above show how even the best salespeople could've benefited from a route optimization app. Whether the software is locating prospects from different industries, optimizing the best route for a busy day of travel, or organizing the week, the life of a salesperson is easier with technology. There is no longer a need to manually enter a destination for every meeting or do extensive research to find prospects. This tool is something all field salespeople should use!

How to Build a Sales Strategy
Sales Meeting Checklist :10 Essential Items You Should Have

How to Save Money on Gas: 15 Tips to Keep Your Tank and Wallet Full

How to Break into Medical Device Sales