Cargill Incorporated is one of the largest privately owned global corporations based out of Minnetonka, Minnesota. They provide a wide range of B2B services including the distribution of agricultural commodities, nutritional supply chains, and industrial products. Founded in 1865 with a single grain flat house, they now operate in 70 countries, employ 160,000 people, and report annual revenues exceeding $110 billion USD.

Matthew Brooks is the Business Development Manager of Cargill’s Animal Nutrition Business. Along with two counterparts, he oversees 29 retail account reps across the United States, servicing roughly 3,000 agricultural retailers with bagged animal feed. Each rep manages an average of 100 accounts, depending on the geography of their territory. Accounts in the Western States tend to be much further apart than those in the more densely concentrated East. Cargill operates in a mature industry with consistent demand for animal feed, but there were still unique challenges for Matthew Brooks and his team.

The Need: A Central Solution for Dynamic Territories

Before they found Badger Maps, Matthew and his team used Microsoft Streets and Trips to plot routes. Reps would take 2 days to plan initial visits with all 110 store locations, and an average of 7 weeks to complete their routes. Their data would then be compiled using Microsoft Excel.

Matthew described the process as clunky and inefficient. Daily changes to routes were cumbersome, and there was no accountability in the field. In 2015, Streets and Trips was discontinued, leaving Matthew and his team without a route planner.

“When I think back to when I started with Streets and Trips - just sitting and building routes... It just wasn’t near as efficient.”

Cargill needed a new central mapping solution for the entire sales team. They wanted to increase the efficiency and effectiveness of their reps on the road, and easily update territories when new retail locations opened. Management sought a monitoring system to measure results and activities. And paramount to Matthew, was a way to ensure the safety of his reps on the road.

Matthew’s Retail Account Reps cover great distances. They drive as much as 1,000 miles a week, and before Badger, serviced an average of 12 - 16 accounts. They spend long hours behind the wheel, causing fatigue. According to Matthew, it’s the combination of exhaustion and pressure to complete routes that leads to rushing. That’s when big mistakes happen. And that’s why finding a solution that could cut down on driving time, and take away the stress of route building, was so important to Matthew and his team.

Six months after Microsoft Streets and Trips was discontinued, Matthew’s supervisors found Badger Maps. Read on to discover how Badger Maps improved not only their bottom line, but the safety of Matthew’s team!

The Fix: Cargill Transitions to Badger with Ease

One of the first benefits Matthew and his team noticed with the Badger Maps app, was a major time reduction in both onboarding and route planning. What took them 2 days to plan with Streets and Trips, takes just 3 hours with Badger Maps.

“It took me 2 days to plan routes with Streets and Trips. With Badger Maps, it takes 3 hours for a new rep to plan his initial visits of all 110 store locations.”

Their daily routes can now be plot in 5 minutes or less, whereas before it would take 30-40 minutes. Badger also makes their routes more efficient, enabling them to see all of their customers in just 5 weeks, instead of 7.

In addition to time reduction, they notice a huge difference in the ease with which a new hire can be on their feet, fully onboarded, and ready to start their route.

But Badger Maps must have been difficult to implement, right?

Matthew said they experienced no growing pains. He sung particular praise for Badger’s Customer Success Team, noting that they helped every step of the way, and answered any questions throughout the implementation process.

With Badger Maps fully enabled throughout the team, benefits are widespread and impressive. Matthew and his team see dramatic results in four main areas: Efficiency, Accountability, Revenue and Safety.

Badger’s optimized routes drastically cut daily driving times, saving the team an average of half a day of driving every week. With their new-found free time, reps are able to find new leads locally.

"Badger saves us half a day of driving, which gives us an extra half day out on the road, seeing customers, and being able to sell.”

But new prospects aren’t the only benefit. With more efficient routes, reps are now able to meet up to 20 existing customers a week, a noticeable increase from the 12 - 16 they could see before

Matthew and his fellow team managers wanted tools to help track their reps in the field, record their metric data, and analyze the results. They found the tools they needed built-in to the Badger Maps app.

Of particular interest is the “Days Since Last Checked In” filter. The in-app feature allows Matthew and his team to see customers on a map, shaded according to their last visit. He used this to send reps to customers at regular intervals and record their data. The result? A higher frequency of visits correlates directly to higher sales.

Another area that saw notable gains is Cargill’s Premium Feed Business. Premium feed offers a higher margin for Matthew’s team, but can be a harder sell requiring more face-to-face time to demonstrate its value. Using in-app features to qualify leads, Matthew is able to put reps in front of the right prospects, at the right time. This led to an exceptional 9% annual increase in premium feed sales.

“With Badger, you can really plan out your week based on where you can have the biggest impact.”

As a result of Badger Map’s efficient routing, territory organization, and in-app tools, Matthew and his team saw a whopping 5% increase in annual sales. This, as Matthew explained, is an incredible achievement in a mature industry.

But perhaps the greatest benefit for Matthew Brooks and his team, is the improvement in overall safety. Badger takes away the stress and distraction of route planning, and reduces fatigue behind the wheel. This allows Matthew’s reps to move more efficiently, stay focused, and return home safe.

“It prevents rushing, as people get near the end of the day, they’re driving faster, they’re cutting things short… Badger takes away a lot of the rushing and also the fatigue. It’s helped to cut back on that significantly.”

Bringing everyone home safely was one of Matthew and Cargill’s greatest priorities. Badger Maps not only ensures the safety of their bottom line, it helps their reps get home safe and sound. 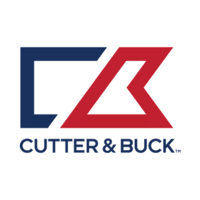 See How Danaher Increased CRM Usage by 50% with Badger Maps